I was one of the few that managed to struggle through the network of the barely running public transport system in London last Monday.

Initially, the attempt was to head towards work, and should my quest fail, then I could go home in the knowledge that I tried and that I had some fun (and took some photos) out in the snow!

The problem was that I quite quickly made it to somewhere between work and home and was going nowhere, fast. This is what led to the struggle.

However, it was a nice highlight to come across this snowman outside Tottenham Court Road Station: 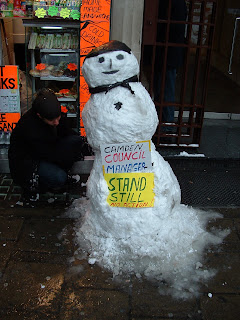 Snowmen with political agendas always seem so much better than ordinary snowmen!

Other highlights where seeing Tottenham Court Road itself virtually deserted at 9.30 on a Monday morning, and the opportunity to take some rather cool artistic photos (that I am known to take every now and then).: 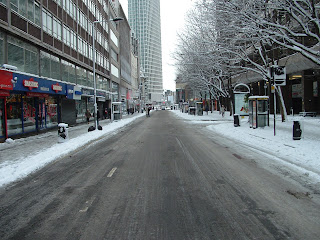 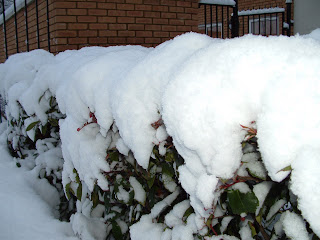 Snow-Covered Bush on my way to work 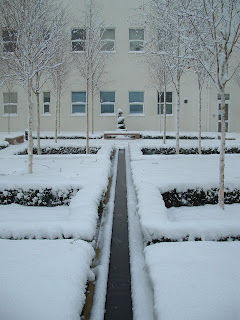 The view of the garden

Note: I would have posted these sooner but unfortunately my new 1GB memory card for my camera does not work within my card reader. Sorry!
Posted by Ryan Fitzgibbon at Saturday, February 07, 2009