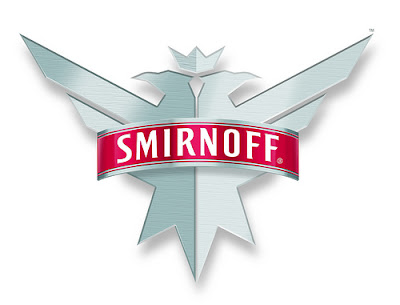 Tomorrow (Friday 11th September 2009), Smirnoff will be holding a series of launch events around the UK for 2 of their new products.

The details of the event are best described in their own words:

"The Smirnoff Co. announces that it will be simultaneously unveiling five huge ice sculptures across the UK on the 11th September celebrating the national launch of two new flavours of vodka; Green Apple Smirnoff and Lime Smirnoff.

Appearing in Glasgow, Edinburgh, Manchester, Liverpool and London, the ice sculptures will recreate iconic landmarks from each of the five major UK cities in the form of scaled-down replicas.

In Glasgow’s Buchannan Galleries, an ice carving of the Armadillo measuring 8 metres by 2.4 metres high will be constructed.

The infamous Forth Bridge will be rebuilt on the rooftop of Edinburgh’s Prince’s Street Mall, Manchester’s futuristic Urbis will be reproduced at The Great Northern and Liverpool One will be home to an ice replica of the top of the Liver Building.

The installations will see some of the world’s top ice sculptors, Duncan and Jamie Hamilton, Ben Edson, Jack Hackney and Darren Jackson work through the night to carve the structures from a mix of clear and white ice. The ice blocks for the sculptures, being prepared in giant freezers at the Hamilton’s workshop in South West London, will be transported to each location on the 11th September. Upon arrival, they’ll be slotted into place and shaped into their illustrious designs, incorporating limes, green apples and frozen bottles of Smirnoff flavoured vodka."

Each of the sculptures will contain 60 limes and 40 apples and take 4 men up to 5 hours to construct!

Members of the public will be able to view the sculptures from around midday at each venue until the displays melt. 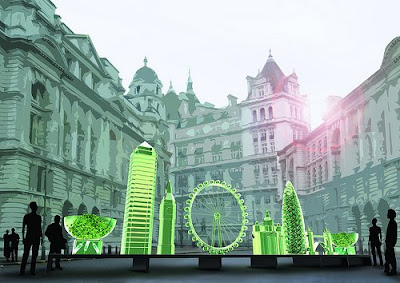 Courtesy of the event organisers, I welcome the readers of my blog to visit the displays. There will be a prize draw to "win Green Apple Smirnoff and Lime Smirnoff take home packs to share with friends" for the 1st 50 people quoting "ryanfitzgibbon.co.uk".